Target audience: those who want to learn how to implement the HH model

This tutorial contains a side-by-side comparison of Python code that runs the Hodgkin-Huxley equations and generates plots with a NeuroML2 implementation of the same equations.

This was originally created by @joebowen on behalf of the OpenWorm project.

The latest version of the tutorial is visible online at ReadTheDocs.

Target audience: those who want to learn the basics of the HH model through running in-browser simulations

This tutorial also uses the NeuroML model from above, but provides a high level introduction to the concepts of the model (as well as computational modelling in neuroscience).

It can be accessed on the Open Source Brain site at this location: http://www.opensourcebrain.org/tutorials. It is built on the Geppetto platform, which was also initially developed in the OpenWorm project. 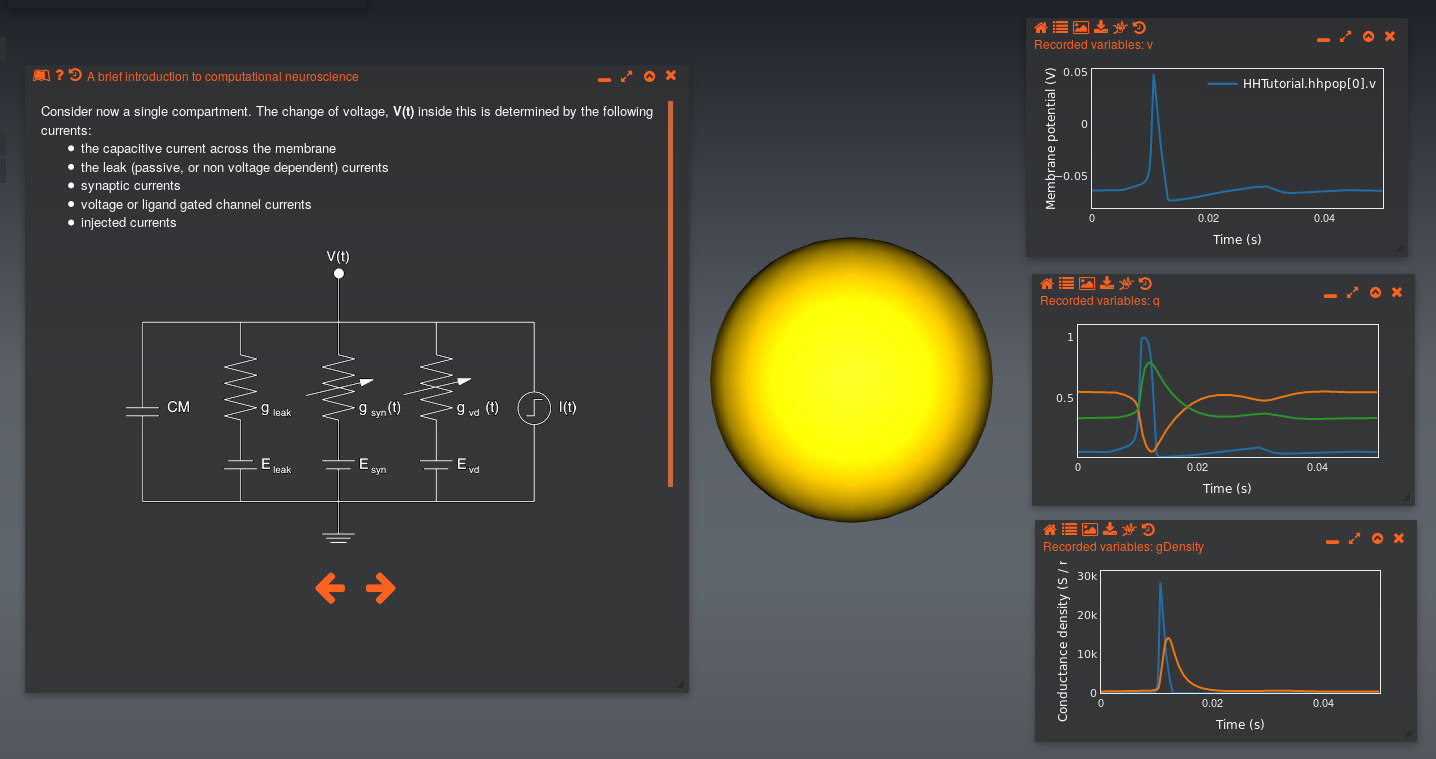 Under development by members of the OpenWorm community.

The code for this model is hosted on GitHub: https://github.com/openworm/hodgkin_huxley_tutorial.git