This two-variable simple model is derived based on patch-clamp recordings from the CA1 region of a whole hippocampus preparation of PV+ fast-firing cells. Since basket cells, axo-axonic cells and bistratified cells can be PV+ and fast-firing, this model could be representative of these cell types.

This model was originally developed in the Brian simulator: 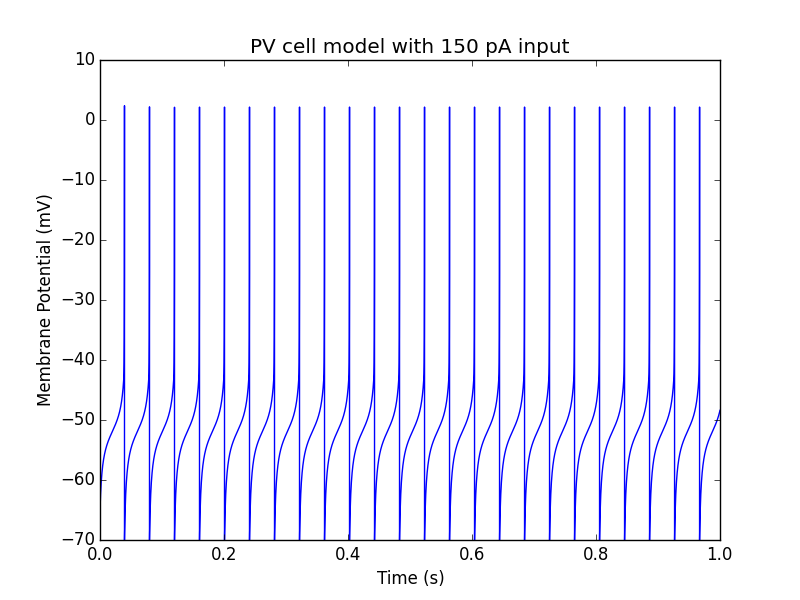 More details on Brian version of this model here.

The model has been converted to NeuroML2/LEMS: 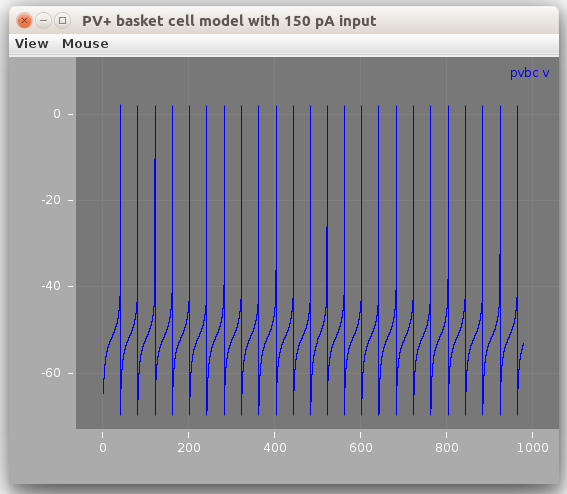 More details on the NeuroML2/LEMS version of this model here.

This model was originally developed in: Brian

The code for this model is hosted on GitHub: https://github.com/OpenSourceBrain/FergusonEtAl2013-PVFastFiringCell.git